"Make no little plans; they have no magic to stir men's blood."
Daniel Burnham 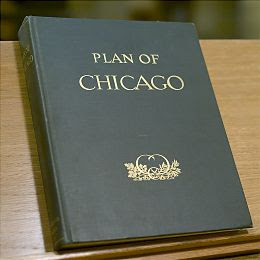 Daniel Burnham was the famous Chicago architecht who devised the 1909 "Plan of Chicago" that essentially shaped the city as we know it today. Burnham was also the brains behind the hugely ambitious 1893 Chicago World's fair. To say this guy knows what he is talking about when he says "Make no "little plans" is an exercise in understatement.


First off, a big thanks to Mr. IronWil for the awesome new blog header!
Kona was on NBC this past weekend and watching the race helped to snap me back into triathlon mode. I always take a good chunk of time completely off from triathlon after an Ironman. Add a new baby and my brother's wedding to my post-Wisconsin activities and my down-time has been extended even more. Fortunately for me the only race I am really concerned with doesn't happen until next October. I have the luxury of really easing into this next tri season. In fact, if I want to peak in October I absolutely have to ease into the season.

Goal setting is one the most essential elements in any endeavor. My buddy Bolder calls it a Declaration of Intent. Burnham admonishes me to make no little plans. One of the best ways to stick to your goals is to make them public. Letting other people see your goals -no matter how ambitious- adds a great deal of accountability.

So here you go. My top goal for 2008 is to place (top 5) in my age group at Kona. Since it is the World Championships that means top 5 in the world! Wow it sounds crazy when you put it that way! I barely made top 5 at Wisconsin, how do I plan on jumping up to top 5 at Kona? One big advantage I have is qualifying this year. I've got a whole year to improve unlike anyone that qualifies in '08. Looking at the last few years, it is going to take at least a 9:20 to snag 5th place. Times vary greatly according to conditions, but here's how I broke down a 9:20:
Swim: 58
Bike: 5:05
Run: 3:10
Transitions: 00:07

All of a sudden this seems to enter the realm of possibility. On any given day in-season, or out-of-season I could go out and do that swim or run time as stand alone events. The swim is 1 minute faster than Wisconsin and the run is 8 minutes faster. Actually if I don't walk aid stations I don't even have to run faster than I did at Wisconsin.

The bike, then will be key. My best bike is 5:09 in Florida four years ago. I am a much better biker now, but Kona is (usually) no Florida. With another year of bike-heavy training, 5:05 should be manageable.

That leaves me with putting it all together- which is the tricky part, of course. That can only be decided on the day. Sub 9:20 would be the race of my life, but far from impossible. My 4:23 half-IM at Steelhead is a good indicator that this could happen.

Bottom line is not to make little plans. I could go to Kona with the intentions of racing conservatively and saving face. I've now been Sub-10 3 times and could probably go another high 9 hour race without tremendous difficulty. But why? Why not risk it all? Who cares if I have to walk it in- I'd be among good company. Because of the costs associated, this will probably be a one-time trip for me. I'm not going to play it safe.

Here's my promise to my family, my teammates, my sponsors, my tri-club members, and blogland at large:

I won't play it safe at Kona. I will race for a huge PR or blow-up spectacularly!

Now *that* is a declaration!

Wowie. Can't wait to see you do it. Go big or go home, right?

OH, it's on now! Better make public my aspirations to break 10hrs in Kona. What better stage to go big. I'll stick with a time PR, no placings. For me to go top 5 I'd have to do 9:30 something...doh!! Not sure I could muster it. Maybe I should hang with you more...

Blow it out of the park, man! I love it; top 5! A brave, commendable, doable declaration.