I believe I have made at least off-hand mention that one component of my crazy fall was buying a new home and selling off the old one. We had been looking to move to a smaller town that would reduce Cara's drive for quite some time. This move would also be much better for Jonah in the long term. We finally found a bargain on a big old house that met our criteria and had the highest bid. In an strange turn of events, this house actually burnt down before we closed on it! We weren't out anything, just had to go back to looking.
As it turns out, we like the house we did eventually find much better. What we found is yet another "handyman special" but this one is huge with a big yard and small garage (all significant improvements over our last place). As far as selling went, we were in the right price range at the right time (a few months before the home-buyer credit ran out). We were able to sell our last house in about two weeks...thanks in large part to a great deal of sweat equity that went into that house. 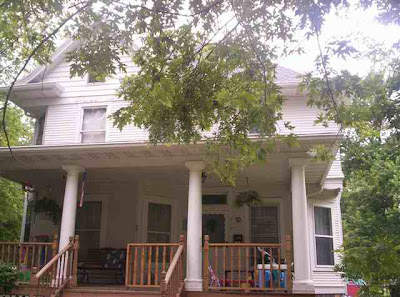 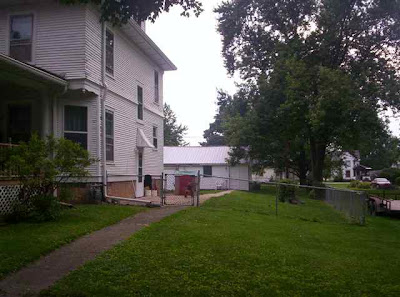 New house in Lexington, IL. Built about 1905.
The new house has lots of great features and just as many problems. The good: new roof, new attic windows, tons of space (4 bedrooms) massive attic, full basement, lots of unpainted original woodwork (including pocket doors that were boarded up and the sellers didn't know about). 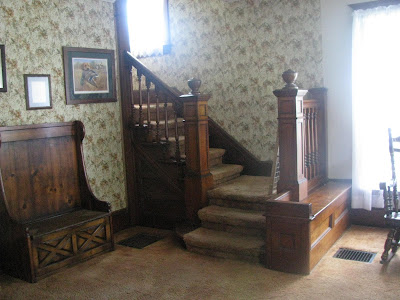 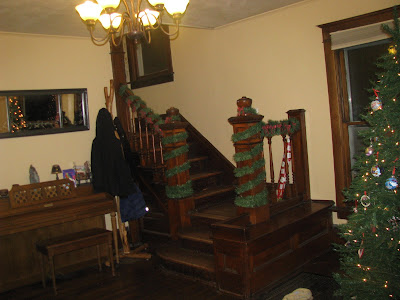 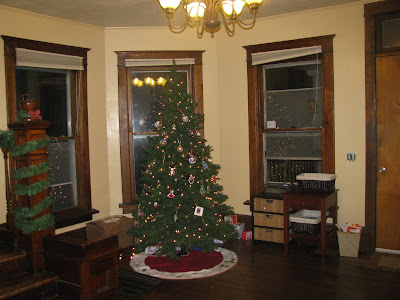 The bad: every room has some degree of damage: cracking plaster, ceiling problems, layers of peeling wallpaper, etc., it only had a clawfoot tub and no shower when we moved in, both bathrooms need gutted, kitchen is gawdy, all the windows are original and need replaced, no central AC and massive, old furnace.
So just this fall we personally installed a new high efficiency furnace/AC system (thanks largely to my dad's assistance), we added insulation to all the walls, we converted the clawfoot tub into a shower, we added a gas fireplace (two actually) and have completed rennovations of two rooms (except hardwood refinishing). So I've been a busy boy.... 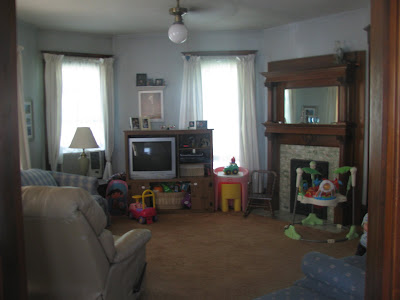 Before we moved in. Notice the orange carpet over the old hardwood floors. 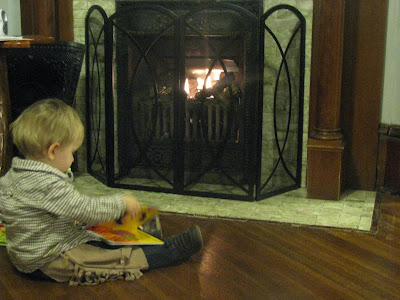 After with new gas fireplace.

My favorite project though, has been the conversion of the attic into a new training area. One of the features that really sold us on this house was a huge, walk-up attic. It had only been used for storage in the past and had a single knob and tube light bulb. I re-wired the whole thing, ran a gas line up an unused chimney for a fireplace, lugged a 350lb treadmill up 3 flights of stairs (again with help) and finally had space for a proper computrainer/projector set-up. 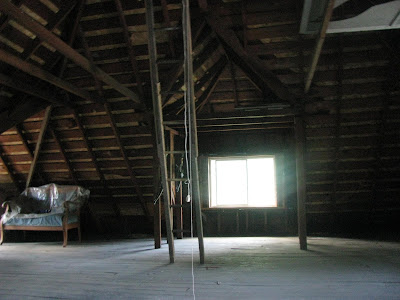 We hosted an IM World Champs viewing party and had the inaugural ride in the attic beforehand. I think we had 5 or 6 riding, but I actually have space for up to 10 people or so! 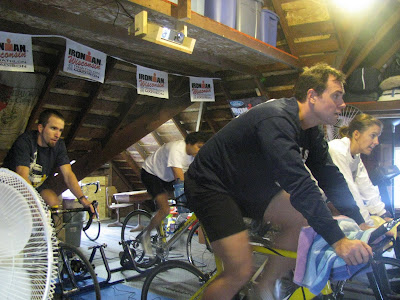 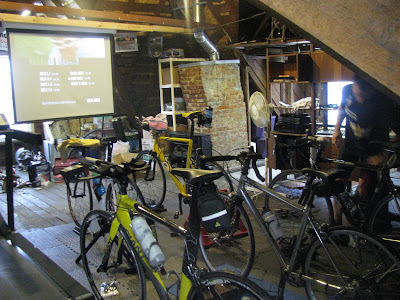 I'm really not a fan of indoor training, but sometimes it is either train inside or take the day off. I've been taking too many days off.....time to nip that in the bud.

Absolutely sweet. Nice work Handyman. My suggestion: get a couple industrial fans. As a big boy and heavy sweater, it is a worth while investment.

Awesome setup Sweet! You've done great work with the house. The idea of a training attic is so cool! Keep up the great work buddy!

Heat rises! Too bad you couldn't remodel a basement and use the heat generated to heat the house! ;-)
Although I have to say that is a NICE setup. Looks great!