When I was doing my library science graduate degree at the University of Illinois, we had a really solid group of avid triathletes that came together and formed the Fighting Illini Tri Club. Far and away the most successful in our group was a German native by the name of Patrick Bless. Patrick was a German triathlete formed in the classic mold of Jurgen Zach, Thomas Hellriegel and Norman Stadler: an uber-biker paired with a solid swim and run. Since our college days he has gone pro, but even back then, we were always listening closely and picking his brain for training and racing tips that would magically make us win lots of races. I distinctly recall this gem about rest and recovery: "I took a few months off before Collegiate Nationals and then just trained really hard for a couple of weeks before the race" (he happened to win that year). Patrick on nutrition during a training ride: "Hey guys I stopped at Panera and got a bag of bagels for the ride, want one?" (they were stashed down the front of his jersey in very Euro fashion). The last bit of knowledge wasn't something I remember Patrick saying explicitly, but it was more of an observation in retrospect. Whenever he really started ramping up for a big event (he did Kona 4 or 5 times as an amateur) he raced.....a lot. From a coaching standpoint this strategy is what I would call high-risk, high-reward. If you can hold up without getting injured, racing your way into shape can be a very effective strategy. Specificity is a training term that is tossed around a lot and the reason racing is such effective training is because it is absolutely specific to race day.

All of that long exposition was just a way to provide some context for my early season racing. This year I am considering the two months post-baby (June 3rd) my early season. If things work out right I might actually be able to get into decent shape over the summer and peak for a fall race. I know just about every trick in the book to get the most out of very little training time. I really haven't had the luxury of doing an easy ride or easy run for the last two years or so. In general I try to go hard or long every workout. Since I don't really have time for long rides, that pretty much means I go hard whenever I am on the bike or in the pool. This is mentally challenging, but quite effective. If I race on the weekend, time trial on Tuesday and run hard intervals on Thursday and then need to take some days completely off during the week it is not a huge deal. So basically that's my plan: do race-like efforts as frequently as possible. I may target a half-ironman in the fall, in which case I will need to do some longer rides eventually.

So far my "early" races have included:

The Evergreen Tri had near perfect conditions this year, but I think it also shows that the racing my way into shape thing is starting to work. I've also been doing our local time trial almost every Tuesday night. The Tuesday night before Evergreen we also had great conditions and I rode about 25.5 mph ave for a rolling 20K course. Evergreen later in the week was one of my best olympic bike splits since I came in right at an hour.

In two weeks I will race a local sprint that I won last year. Hopefully I will be able to defend and turn in a similar time to last year's race. Unfortunately the Xterra World Championships are financially out of the picture for this year. Instead, I'm looking at the ITU Long Course World Championship in Vegas (haven't qualified yet) or possibly Branson 70.3 followed by more of a fall cyclocross focus. One way or other, I'll be out there racing!

Lastly, me and the rest of the Evotri team will soon be tearing it up on some top-of-the-line bikes from a new sponsor.....stay tuned!

A few pic from Lifetime Fitness: 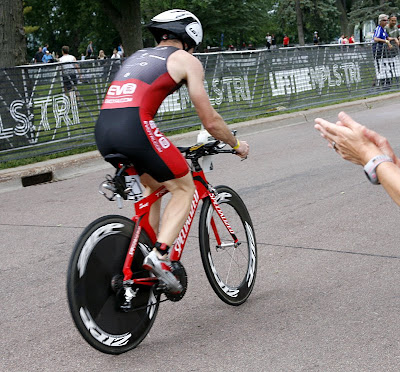 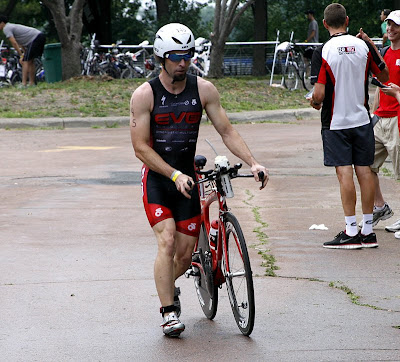 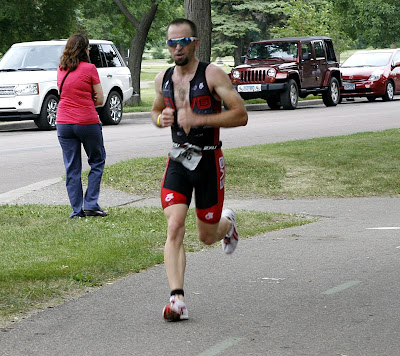 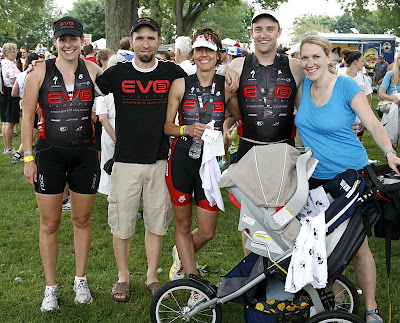