When you're a competitive runner in training you are constantly in a process of ascending.  It's a simple idea, but the more I thought about it, the more profound it became to me.It's not something most human beings would give a moment of consideration to, that it is actually possible to be living for years in a state of constant betterment.  To consider that you are better today than you were yesterday or a year ago, and that you will be better still tomorrow or next week or at tournament time your senior year.  That if you're doing it right you are an organism constantly evolving toward some agreed-upon approximation of excellence.  Wouldn't that be at least one definition of a spiritual state? 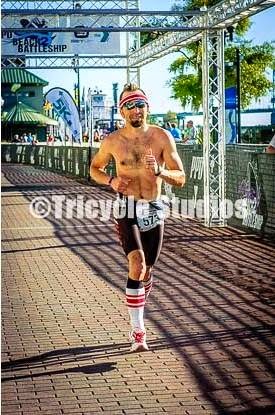 Every time I come back to this quote from John L. Parker (most famous for his book "Once a Runner") it gives me chills. These few succinct sentences encapsulate the entirety of my sporting career which is starting to close in on three decades. I began competitive swimming and running in the mid-eighties and triathlon in 1993. From that time forward I'm pretty sure there has not been any period longer than 2 weeks or so where I haven't done some sort of training. My competitive swimming and running peaked in college, but now more than a decade past those PR's I am not all that far off. Even so I am still ascending. A singular focus on triathlon over the last 10 years has led to incremental progress from year to year. A hard truth is that for all of us in endurance sports is that those big time drops stop after the first few years of hard, focused training. There are a bunch of guys that I raced as amateurs who after at least 10 years of consistent training have become some of the top American pros: Andrew Starykowicz, TJ Tollakson, Justin Daerr, Thomas Gerlach, Daniel Bretscher. Year in and year out these guys have lived the very hard lifestyle of professional triathletes and they deserve every podium they stand on. I've also had good consistency with far less overall volume and number of races compared to these guys.

For 2015 I plan to leverage every last bit out of my 25 years of training. My hope is that this will be my best season ever as a pro triathlete. My last post mentioned my sabbatical project which will take place this summer and fall.  For those outside academia this doesn't mean I have the summer and fall off, but rather I have that time for focused, dedicated research and writing on a single project. But even simply not having to commute into work every day can free up 5 hours a week in my schedule which is huge from a training perspective! My racing from the last few years has made it clear that I am not getting any faster at the sprint and olympic distances, but I have still been seeing improvement at long course, which will be my focus for 2015! I plan to build my season around 2-3 Ironman races and slot in everything else to support those big races. 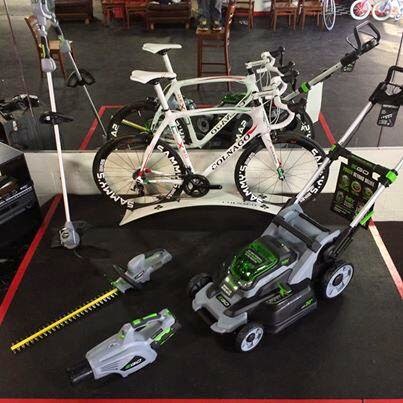 I am also excited to announce that I will be racing triathlons as part of the EGO presented by Sammy's Team for 2015!  EGO is a brand of wireless power tools and Sammy's is a St. Charles, IL based bike shop. The team is a combined road and triathlon racing team. I found out about the team last year through my good friend Dustin Morici who was instrumental in helping to create the road team. Long-time triathlon friend Ryan Giuliano was also a member of the tri team last year. The team is focused on racing and athlete development. Without a doubt the road team will be a dominant force in Midwest racing this year.  The tri team is small, but very talented. I also like that there are a couple junior triathletes on the team which it is our job to mentor. Having a major team based only a few hours away cinched the deal for me. Looking forward to training and racing with my new EGO/Sammy's teammates this year!

I think one of my primary goals as an EGO-sponsored athlete is to build one of these hovercrafts powered by an EGO blower for kids to ride around at triathlons! 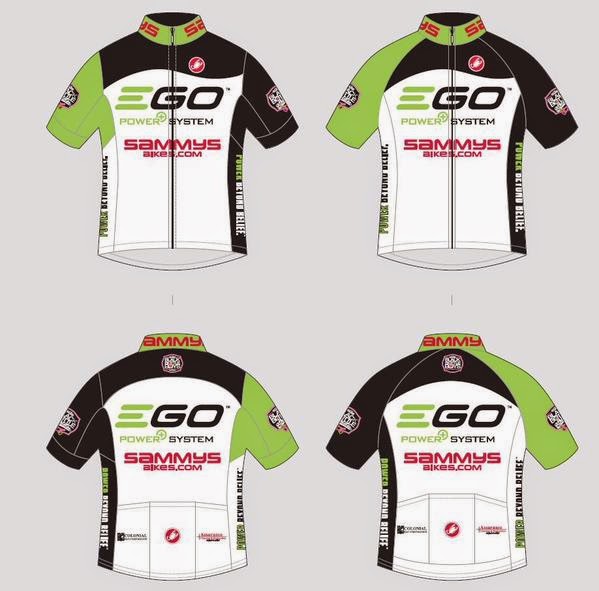 The pro card helps out with race flexibility.  I can easily add races if training is going well. For the first time as a professional I may pay the fees to race more WTC events.  In fact, Ironman Cozumel in November is probably the most certain race on my schedule. I wanted something late in the year to leverage all my summer/fall training and it will be a sort of culminating event with the whole family in tow. Quite likely this will be my last big race as a professional. Here's my tentative schedule broken out into early/mid/late season.

What was the secret, they wanted to know; in a thousand different ways they wanted to know The Secret. And not one of them was prepared, truly prepared to believe that it had not so much to do with chemicals and zippy mental tricks as with that most unprofound and sometimes heart-rending process of removing, molecule by molecule, the very tough rubber that comprised the bottoms of his training shoes. The Trial of Miles; Miles of Trials.