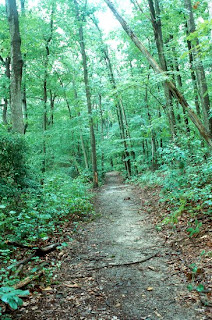 March 17, 2007
Rock Cut 20K Trail Race
Rockford, Illinois
Whenever I retire from long course triathlon racing I will become a devotee of the trail. Trail races, adventure races and rock climbing! The atmosphere at these pursuits is entirely different than a crowd of wigged out, overtrained, type-A triathletes. Don't get me wrong, I love triathletes, but long distance trail runners are an awesome group through and through!
This race was the last in a series of 4 held at Rock Cut State Park in Rockford, Illinois. The series included a 5K, 10K, 15K and 20K. In true fashion, I skipped the "easy" short races and just showed up for the 20K. Weather was great. Mid-30s and clear with almost no wind in the woods. The midwest has finally started to emerge from a longer winter than usual so the trail still had snow and ice in spots. The snow and ice were definitely preferable to the mud. Being one of the first thaws of the year, things got messy. You know when that top two inches thaws, but it is still frozen underneath? Yeah, it got messy at some points! I love it!
This race was my first real test to see how my training as a member of Team Race Athlete is going. This season I am under the expert tutelage of Coach Mike Ricci of D3 Multisport. Our team is preparing for Ironman Wisconsin in September. In general I've been doing a lot more strength and speed work than I usually do this early in the season. Coach tells me not to worry- we'll get to the base training eventually! It was interesting to me to see how this type of training would play out for a long trail race.

As trail races go, this was a pretty good-sized one. There were about 150 runners in the field. With a race of this length you really want to build into it slowly. Unfortunately, the fact that 150 runners have to funnel onto twisty singletrack in the first 200yds really precludes a nice slow start. There were mile marks on the course, but I don’t know how accurate they were. I went through the first two miles in about 6 flat pace (which is closer to my road pace than trail pace). For the first half of the race I was running in 4th or 5th place. I did a good job keeping the pace steady and keeping the race leaders within sight. The first six miles were mostly flat with some nice muddy sections.

Around halfway I was feeling very solid and started to close on the race leaders who had been trading surges for most of the race. By mile 8 I was running alone with race leader John Collett. John is an alumni of perennial NCAA division III track and XC powerhouse North Central College. John is also training for IM Wisconsin, so the triathletes were really dominating! I’ve raced John on shorter road courses a number of times, but always came up short. Trails and long distances are my specialties though, so it looked like things might be a bit different this time around.

Somewhere around mile 9 I was running right behind John on a twisty section of wooded trail. Somewhere or other we zigged when we should have zagged. The course was marked with small orange flags and we somehow missed a turn. We thought we were on course, but really were running stuff we already covered backwards! 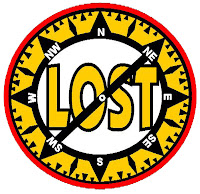 After about ¾ mile we reined it in and decided to turn around and backtrack. After the fact it is funny to realize that we never backed off the pace that had put us in the lead. You’d think going that far off we might have thrown in the towel and jogged it in. Nope. We eventually found the turn we missed and began the tedious process of making up lost ground. The last 3 miles of the course were actually the best in trail running terms. Steep hills (one with a rope to pull yourself up), creek crossings, and mixed terrain. We managed to keep up a solid pace and make up a few spots. I pulled away from John somewhere around mile 12 (for you kids that are counting that’d be about mile 13.5 for us!).

This would be a really great story if I could report back that we made up all the time we lost and I managed to pull off a win for my first race of the season. Happy endings are so cliché don’t ya think? I finished 4th overall in 1:35. I did manage to pull of an age group win in the last ¼ mile! John still won the overall series of 4 races so he wasn’t too disappointed about the detour. Navigation comes with the territory when you’re trail racing, so I just chalk our taking the scenic route up as extra training miles at race pace!

Until this race, I was really happy with my swim and bike training. I felt my running has been lagging a bit. This race was nice reassurance that things are progressing as they should. The St. Louis marathon in April should provide even better feedback. Next up is the Hillsboro bike race.