Team as in more than one! Team as in working together to squeeze every last bit of speed out of me by October! If you read the Evotri team announcement you'll know that one of the big changes for me this season is the switch to Vision Quest Coaching. I'm super-stoked about the Vision Quest match-up because they are based out of Chicago. Even better than that though, is the fact that VQ has a local training group right here in Bloomington. That means I get face-to-face interaction with ONE of my coaches at least twice a week!!

In my last post I updated everyone on my slow return back to the fitness world. Now I'd like to introduce everyone to both of my coaches. Stan Watkins is my cycling coach and leader of the local VQ group. Prior to joining up with VQ I'd done a few training rides with Stan and even raced against him during a trainer race for charity in the local mall. 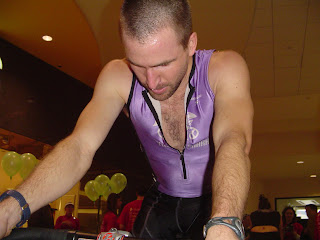 Me, suffering during Bromenn!

Here's a bit more about Stan: 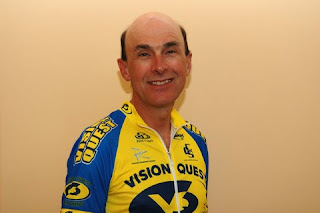 Stan rediscovered his love for the bicycle in his early 40’s when a friend introduced him to club rides all around the Midwest . Little did this friend know that he was creating a monster in the process as Stan’s passion for the bike grew through the years and competition became a goal? At the age of 49 Stan decided to see what he could do at a competitive level of bicycle racing and first attended a VQ camp in Arizona to see if he was in the right place to pursue this dream. The camp was a hit and Stan convinced Robbie to sign him up as VQ’s 1st remote athlete. In the years since Stan has learned more about the sport and training smart from all the coaches and fellow athletes to afford him the opportunity to mentor and teach other cyclist along the way. In 2001 Stan started the “VQ Bloomtown Ratz” training group in Bloomington , IL – the 1st VQ training group outside of Lake Bluff . This continues today with athletes from all around central IL participating in VQ over the years. Stan has earned his Level 3 USA Cycling coaching license in 2006. Stan resides in Bloomington , IL with his most supportive fan and wife Sue.


My swimming and running workouts will be coordinated by Ruben Figueres. I think Ruben and I have been at some of the same races, but I probably won't meet him in person until the Evo team goes to Vision Quest for an assessment camp. Ruben has a long sporting background and has raced in Kona himself. Here's some more on Ruben: 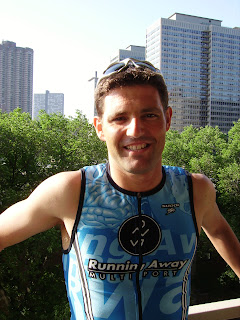 Ruben Figueres was born in Spain in 1974. He got His MBA in 1997 and has been working in advertising for the past 10 years. His sports resume starts as a tennis player. After playing in juniors against players like Carlos Moya and Alex Corretja, he turned pro in 1991. He only played one year in the tour and got burnt out. As part of his tennis preparation he used to run with some local runners, and shortly after quitting tennis he ran his first 10k in 37’20”. Then he joined the track and field team, which led him to sign with the Nike Barcelona team until 1996. His best times include 14’51 for the 5,000 and 1h08 for the half marathon. During his running career, Ruben discovered triathlon as a way to stay active during injuries, and ended up switching his focus to this sport.

At the end of the 1996 season he stopped racing and started a new stage in his life, traveling and partying. In 1998, he moved to Chicago and in 2001 he started doing triathlons again for fun. In 2006 he qualified for IM Hawaii at Wisconsin. He raced Hawaii in 2007 injured, but managed to finish (he was also the 12th overall amateur out of the water). He has been part of the Powerbar Team Elite for the last few years.

Ruben is also very involved with the triathlon community. He has served as coaching advisor for many coaches in Spain and maintains strong relationships with key leaders in the sport. He also coaches Pro triathlete Brad Zoller, and has a wide circle of friends in the pro circuit like Hunter Kemper, Dave Scott, Simon Lessing, Joana Zeiger, Michael Lovato and Julie Swail.

Ruben is married to Elizabeth since 2002 and they have a 14 month old son , Kai. 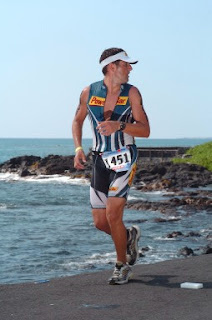 My current training according to the coaches:

"Training wise this time of year we are working on building a good base while maintaining some short intensity efforts to keep Chris's aerobic system in tune while being careful to stay away from sustained anerobic efforts. We have merged Chris's Training Peaks plan so we can see how he handled last year's training, observe the progressions and evaluate both his improvements and any limiters to give us coaches a better view of how to design his training leading up to the big goal in Kona. Right now we have Chris spending about 10 hours a week training and from early indications he is ahead of where he was this time last year".

So this is really an experiment for all of us. One of the most important elements of successful coaches is communication. In this case, all three of us have to communicate very closely. Training Peaks is a great tool to help us do that. Like last season all my workouts, data, and comments are available to anyone on my public Training Peaks account.

Stay tuned for the results of the experiment!

Very cool! A coaching TEAM! And you have the rest of us as a team of supporters.