Cycling 400 miles on the Natchez Trace 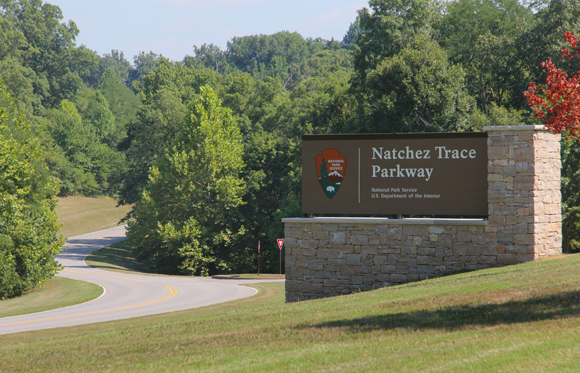 As a historian I had some vague recollection of the origins of the Natchez Trace which I was able to bring into focus with a bit of research. The Trace follows a natural geologic ridgeline from Nashville, TN to Natchez, MS. Native Americans (the Chickasaw and Choctaw tribes in particular) originally established the trace for easier north-south travel. In 1801, the Army began widening and improving the trail, eventually making it traversable by wagon. It still took 3 weeks by wagon to cover the length of the Trace. In 1809, 3 years after the completion of the Lewis and Clark expedition, Meriwether Lewis was traveling on part of the Trace on a trip to Washington, D.C. He met an untimely end near the northern terminus of Trace either by suicide or murder. The true cause of his death will probably never be established definitively. 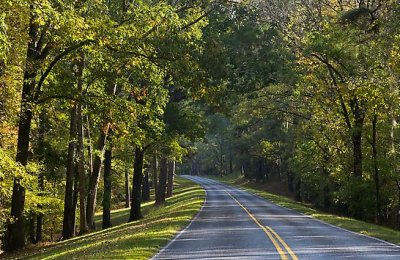 As a cyclist I knew precisely nothing about the potential of the Trace for bicycle training and touring. Today the Natchez Trace is designated an All-American Road and is maintained by the National Park Service. The full route was not completed until 2005. Commercial traffic is prohibited and a limited number of access points keep overall traffic low- particularly in the more remote sections. General lack of winter road damage means impeccable surfaces for riding.  Better yet, there are no stop signs along the length of the Trace, making it perfect for long, steady days in the saddle. There isn't even any development allowed right along the trace: no gas stations, no homes, just a couple of basic Park Service waysides. In short: a cycling nirvana (as long as it isn't midsummer).

In January my Endurance Company team announced a training trip along the length of the Trace coordinated with my friend and top long-course triathlete, Andrew Starykowicz who on the comeback trail after serious injuries resulting from being hit by a car last fall. Fortunately a portion of the trip fell over my spring break from Illinois Wesleyan University. Having done a previous training trip to the Appalachian mountains with Andrew I had a pretty good idea what I was getting into. I've been struggling with a strange -and as of yet- undiagnosed medical issue where I start gagging during hard exercise.  This caused me to do very little in the way of training during the fall and early winter. Fortunately I can still exercise as long as the effort remains low to moderate.  In short, I was in need of a swift kick in the low-volume training butt. 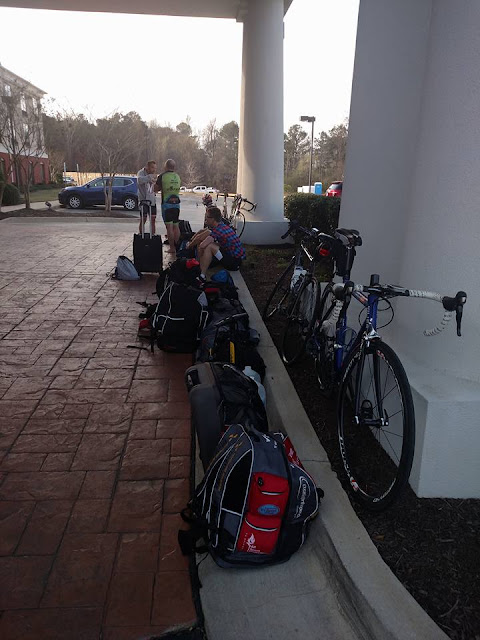 Starky reached out to some of his cycling friends which included current and former pro triathletes, older guys with lots of experience and few up and comers. I can't say enough good things about this group.  When people get really fatigued after multiple 100 mile days your true colors start to show through and this group remained great to ride with (even when we had 9 of us plus all of gear and bikes in a 12 passenger van).

For me the riding shook out this way: 100 miles, 160 miles, 75 miles, 56 miles. The great majority of this riding was just quality, steady-state riding. On day one I rode half of one of Andrew's pyramid intervals. Even drafting 3 people back it was a challenge. There were also a few ill-advised state line sprints along the way! The 160 mile day is my personal longest by far.  I've occasionally done rides in the 120 mile range as over-distance Ironman training. 160 was a long day, but we rode very conservatively and had multiple van re-fueling stops built in. I was able to ride 400 miles without a gagging episode, but my low back was giving me some issues. To avoid a spasm where I couldn't ride at all I rode 1/2 a day and took a turn driving the van to the northern end of the Trace. The pace for my group over the four days was right around 20 mph. The northern part of the trace has nice, long climbs, but nothing steep. 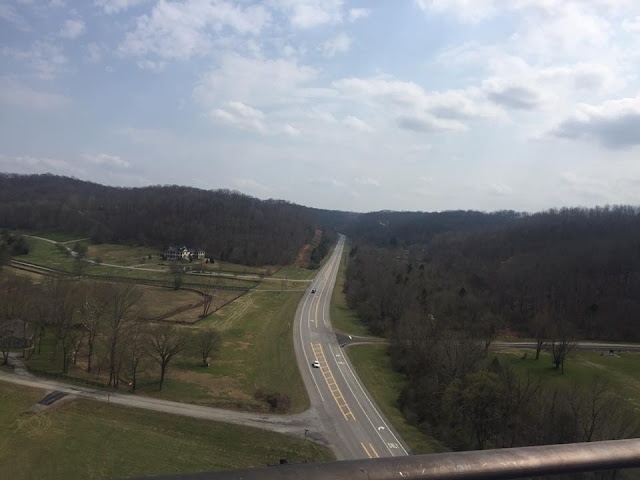 So why subject your body to this sort of shock and awe training block- especially early in the season? Almost everyone on this trip was a parent. Parenting comes first almost all of the time. A training trip like this flips those priorities where all you need to accomplish in a given day is the miles to get to the next town. From a physiology standpoint you can make a good argument for doing two really big days back to back. At that point recovery is needed to reap the benefits of the stimulus of all that riding. A casual 75 miles felt easy, but was still a far cry from real recovery. Probably the reason most coaches prescribe overdistance training for long course triathletes is just the psychology of having gone further- or in this case, much further than race distance. I had done no rides yet this year over 75 miles, but since that was our "easy" day after 160 miles it seemed easy in comparison. Lastly, I am a fan of sport-specific blocks sprinkled throughout the training cycle. If you want (or need) to see gains in a single sport one of the best ways to do that is to incorporate sport-specific 7-10 day blocks. 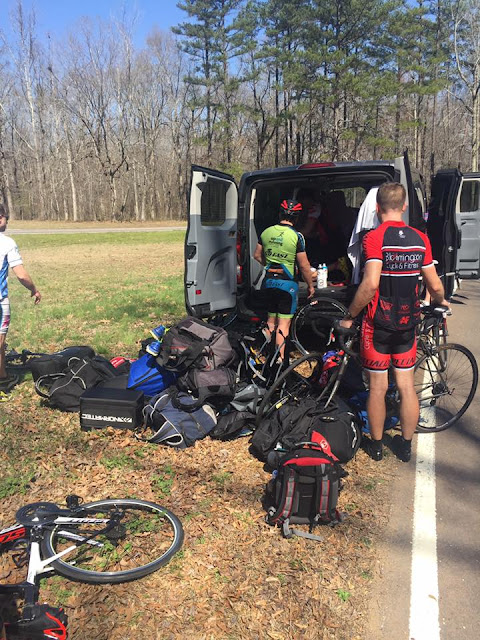 The big takeaway here for me was the amazing potential of the Natchez Trace for this type of training (touring too). Since it is straight with milemarkers it is easy to accommodate multiple paces. My season remains up in the air until I get this gagging issue ironed out. My goal now is to be healthy soon enough to put in the training necessary to be competitive at the 70.3 World Championships in September. 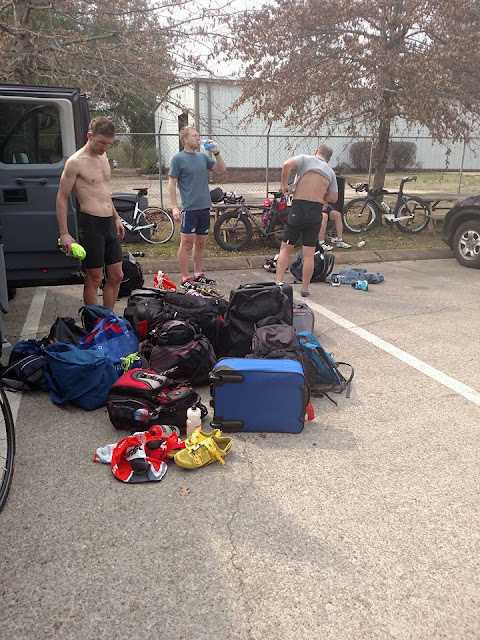