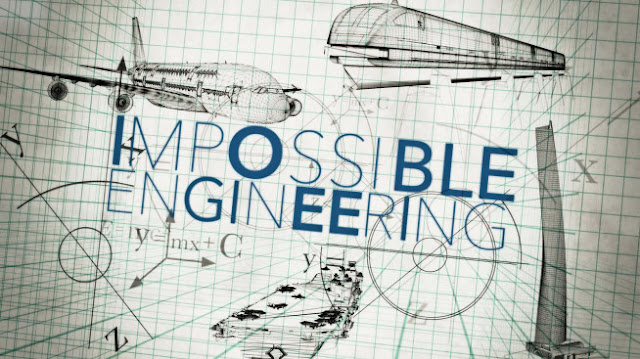 Last summer through the wonders of social media I was contacted by a UK-based production company that makes the Discovery Science Channel program Impossible Engineering. They were working on a new episode focused on all the engineering advances incorporated into the new Tesla factory and they needed a bicycle historian!

Why you ask? Because technologies developed by bicycle manufactures in the later 19th century have shaped a surprising number of industries. All of the early automobiles were heavily reliant on bicycle technologies. A short list includes: seamless steel tubing, ball bearings, differential steering, pneumatic tires, wire spoked wheels, and industrial stamping. It's the last one of those that Impossible Engineering was interested in. The Tesla factory uses massive stamping machines that shape push out car body panels every few seconds. Bicycle factories didn't invent machine stamping, but Chicago's Western Wheel Works was the first to take the technology and scale it up to create a competitive edge.

Prior to parts being stamped the main parts of a bicycle frame were all forged or drop forged (which increased the strength). Forging is a labor-intensive and wasteful process. Stamping was quick and cheap by comparison and it produced reasonably strong bicycle components. Western Wheel Works became the largest bicycle producer in the country by the later 1890's partially by adopting and perfecting stamping before everyone else. By 1899 they were churning out 160,000 bicycles per from the largest bicycle factory in the world (375,000 square feet, 1,500 employees). After the big bicycle bust of 1900 the WWW factory eventually became the Dr. Scholl's factory. Today parts of it still exist as the upscale Cobbler's Square Lofts on 1350 N. Wells St. in Chicago.


Here's the excerpt from the full episode where I talk about Western Wheel Works: